Exercise Variation for Hypertrophy: All you need to know

When it comes exercise variation for hypertrophy, people often fall into one of two camps:

But neither is the optimal one.

Too Much Exercise Variation for Hypertrophy

Strength training is a skill. As such, every single exercise has a learning curve that needs to occur before you can perform it with efficient technique.

This is important, because the better your technique for a given movement, the more effectively you load the muscles performing that movement.

For example, if you have never squatted before, then the first few times you perform it you are going to be limited by poor technique. While it will still train the muscles involved, they are unlikely to be the limiting factor.

However, as your technique improves, you can add load to the bar. This recruits more muscle fibres, overloading the muscle tissue to a greater degree.

Over time, this is going to be contribute to much larger gains in size.

It is for this reason that changing your exercises too often is a bad idea. Because you will not undergo the learning required to develop quality technique, and your muscles will never get “maximally” stimulated.

I should note that you will still experience sore muscles after training a new exercise. But this is due to the novelty of the exercises, not the effectiveness of the exercise – which is why soreness is a poor indicator of muscle growth.

Not Enough Exercise Variation for Hypertrophy 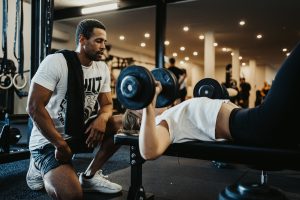 On the other hand, if you perform the same exercise for years on end, there is a possibility that you will lose all sense of novelty to that exercise.

This alone could impact your rate of gains.

However, that’s not the biggest issue.

There is some evidence to suggest that using multiple exercises that train the same muscle groups within a single program will cause more uniform muscle growth than training a muscle group with a single exercise.

For example, a study conducted in 2014 had two groups perform an average of 12 sets of quad-focused exercises per week, for 12 weeks. One group got all their volume from squats (12 sets per week). The other split the volume up evenly between squats, deadlifts, and lunges (4 sets each per week).

While those who only performed squats did see an increase in quad size, this was only limited to two of the quadriceps muscles – being the vastus medialis and vastus intermedius (and not the vastus lateralis or the rectus femoris).

Conversely, those who performed the variety of exercises saw muscle growth across all four quadricep muscles, even despite performing the same volume on a weekly basis.

This is a particularly impressive when we also consider that deadlifts are far from the most efficient quad exercise.

Similarly, a more recent study used a similar design, but looked at the effect of exercise variation on the regional location of muscle growth (i.e., top, middle, or bottom portion of the muscle).

Again, the group that only performed the leg press saw an increase in quad size. However, this was limited to the top and bottom of the quad, and not the middle portion. On the other hand, the group using a variety of exercises saw significant growth across all areas of the quads.

With this in mind, performing a number of different exercises for a given muscle group is likely to yield more consistent hypertrophy over time.

This is obviously important from a “muscle symmetry” perspective but may also contribute to better strength gains over the long term. 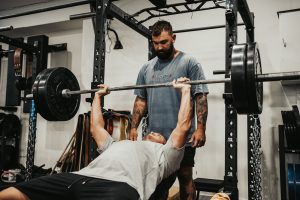 If you are looking for the best exercise variations for hypertrophy, there are a few considerations that need to be made – with two of the big ones being range of motion, and length-specific tension.

First and foremost, exercises that allow you to take a muscle through a full range of motion appear to contribute to greater amounts of muscle growth than those that only use a partial range of motion.

This is something we spoke about in a previous article HERE.

You get the picture.

Secondly, there is evidence suggesting that exercises that load a muscle in a lengthened (i.e., stretched) position will create superior growth than those that load it in a shortened position.

Some great examples include:

You get the picture…

In summary, if your goal is to optimise muscle growth, you should:

Tick those 4 boxes and you can be pretty confident that you are optimising exercise variation for hypertrophy.