Is the sumo deadlift cheating.

Over the last few years, it has become a meme to suggest that people who deadlift sumo are “cheaters.”

And while it is often said tongue-in-cheek, there are people who truly believe that deadlifting sumo is taking the easy way out.

But is this really the case? 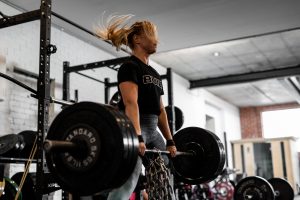 What are the differences between sumo and conventional deadlifts?

This creates some subtle differences in movement.

Because of these positional differences, sumo deadlifts engage the quadriceps slightly more than conventional deadlifts. Conversely, they engage the spinal erectors slightly less.

Activation of the hamstrings and glutes appear to be the same between both variations.

It is also important to note that I suspect adductor activation will also be higher in the sumo deadlift – but this is yet to be researched.

Now, in conjunction with these small (i.e., very small) differences in muscle activation, there is one other difference between the two.

The distance the bar travels from the floor to lockout is 10-20% less in the sumo deadlift compared conventional.

Is the sumo deadlift easier? 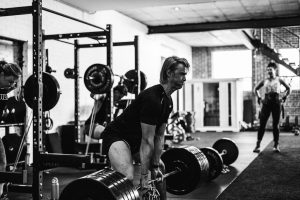 This is where things get interesting.

From a pure “mechanical work” perspective, we could conclude the sumo deadlift is easier because the bar doesnt move as far.

But it’s not that simple.

Despite sumo reducing the range of motion of the lift, it places you in a less efficient position to produce force from the floor. This makes it markedly more difficult to start the lift compared to the conventional deadlift.

It is this reason that most fail sumo deadlifts just off the floor, whereas most fail conventional deadlifts after the bar passes the knees.

Moreover, anecdotally most people report the sumo deadlift being much technically difficult than conventional. This can make it much harder to pick up and master.

Within this, it also seems to have less room for error.

Lastly, something we haven’t discussed is that your body shape could actually make you better suited to a particular type of deadlift.

Which kind of makes sense.

If you have a long torso, you are going to be required to flex your hips more to get down to the bar. This is going to have two effects on your movement.

Taking all of this into consideration, it does suggest that sumo is easier for some people, but not all of them.

This likely explains why some professional powerlifters pull sumo, and some pull conventional – because they use the technique that is best for them.

Is the sumo deadlift cheating?

So, are sumo deadlifts cheating?

Looking at the above we can say that sumo deadlifts are not easier.

And by looking at any powerlifting rulebook – which allow both conventional and sumo deadlifts in competition – we can definitely say that sumo deadlifts are not cheating.

Are sumo deadlifts right for you?

All of which leads us to the final point – how do you know if sumo deadlifts should be your primary deadlift stance.

If you are someone who has an extremely long torso, then you might be better suited to sumo deadlifts. But that isn’t going to hold true all the time. In fact, there are some very good sumo deadlifters with small torsos that go against this consideration.

Which means that you need to practice both and find the one that works best for you.

The one that feels more comfortable and lets you lift the most amount of weight is the one you should treat as your primary deadlift stance.

And even once you have that figured it out, it doesn’t mean that you are locked in to that one deadlift stance for your whole life.

Implement periods of training of where you only use your opposite stance to help eliminate weak links and prevent overuse injuries. Or use both in your training at the same time and see if helps increase deadlift strength.

There are no rules here – so have a play around and see what works for you.

In short, no, sumo is not cheating.

While it will be easier it for some, it wont be for all. Not to mention the fact that both are legally allowed in powerlifting competitions…

If you want to lift as much as possible, take the time to practice both techniques and find the one that is best for you.