Training to failure for strength: is it necessary?

Gym culture is about working hard to improve yourself – which is largely a good thing.

There is something cool about putting in effort and seeing direct results.

But this appears to be the case.

What is training to failure?

Training to failure can be defined as performing an exercise until you cannot complete another rep.

Using the bench press as an example, you might throw 50kgs on the bar with the intent to hit ten reps.

You get to rep seven and things start feeling hard.

The eighth rep is starting to slow down, and your muscles are burning.

But you had ten reps in mind, so you are going for it.

Then, despite your best efforts, on the ninth rep the bar will not move off your chest.

Your eyes are clenched, the muscles of your arms and chest are screaming, and you see stars – but the bar won’t budge.

You can no longer complete a rep.

You have trained to failure.

Training to Failure for Strength 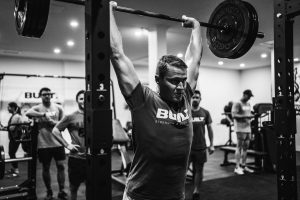 For a long time, it was thought that training to failure was necessary to maximise strength gains. The last few reps of a given set, when things got hard, were believed to be the most important .

And it was said that stopping short of this point would make the training less effective.

However, over the last couple of years this topic has been explored heavily in the research. And surprisingly, results suggest that stopping every set 2-5 reps short of failure may produce superior strength gains than training every set to failure.

Interestingly, this finding is more pronounced in trained individuals, rather than complete novices.

But why is this the case?

Training to failure is inferior for strength

Strength can be considered the maximal amount of force you can produce in a single effort.

It is for this reason that strength is often tested using 1RMs (i.e., the maximum amount of weight you can lift for a single rep).

Training to optimise strength typically involves the use of relatively heavy loads (>75% of 1RM), performed for somewhat lower reps (<8 reps).

This is important, because as soon as you start using loads of 70% of 1RM and above, you maximise muscle fibre recruitment. This is the reason why heavy loads maximise strength gains – because they ensure you recruit all your muscle tissue.

Although I should note that maximal muscle fibre recruitment is more likely to occur if you are moving the bar as explosively as possible. Otherwise, you could be leaving some “force” on the table.

With that said, if you are using any load that sufficiently recruits all your muscle fibres, and you are performing the exercise with maximal intent, you can assume that you are hitting all the boxes to maximise strength gains.

Where does training to failure fit into this? 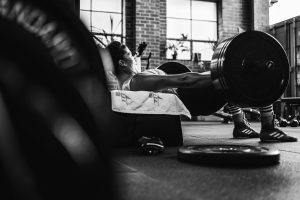 Let’s say you can perform a maximum of 6 reps using a load the corresponds to 80% of your 1RM maximum. And a common strength protocol is performing 4 sets of 6 reps.

In this instance, training to failure would mean performing 4 sets of 6 reps. However, you could theoretically perform these sets with anywhere between 2 and 5 reps and not train to failure, seeing the same – if not better – strength gains.

So, what is going on here?

Every time you perform a set to failure, you accrue a fatigue. This fatigue impairs your ability to recruit muscle fibres, maximally produce force, and maintain efficient technique.

All of which means that every set after your first (when it is taken to failure) becomes a less effective strength stimulus.

All of which indicate the accumulation of fatigue, and an associated loss of force.

Conversely, if you perform these sets short of failure (let’s say, 4 sets of 3-4 reps), you can maximally produce force for every single rep within the session – thus maximising strength gains.

And this is only taking an in-session perspective.

Training to failure has also been shown to take markedly longer to recover from after the session is completed. As a result, failure training could also impact your ability to produce force for subsequent sessions.

Which, when we consider how this effect could compound over time, could result significant long-term strength gains being left on the table.

Training to failure for strength: is there ever a place for it?

I would argue that when it comes to building strength there is very rarely a need to train to complete and utter failure.

But there is some merit in getting close every once and while.

Firstly, at BUILT we use “reps in reserve” to prescribe non-failure training.

For example, a common prescription may be to perform 3 sets of 5 reps with 2-3 reps left in the tank after each set.

However, for this to be effective, you need to be able to accurately gauge how far you are from failure. A process that is very difficult if you don’t know what training to failure feels like.

With this in mind, there is merit in pushing a set close to failure every few weeks to keep your accuracy high.

Secondly, expressing maximal strength in the form of a 1RM is a skill.

And a large portion of this skill is the capacity to slowly grind through a difficult rep. As such, occasionally implementing heavy sets (<3 reps) are close to failure improve the skill of grinding.

Lastly, it can be fun.

While we very rarely go to failure on compound barbell lifts, we often push isolation-based exercises very close to failure (and sometimes to complete failure).

Exercises like bicep curls, triceps extensions, hamstring curls, and leg extensions do not carry the same fatigue as squats and deadlifts. So why not push them to failure every once and while for a bit of fun?

Moreover, it is important to note that the information presented in this article mostly applies to training for strength. When it comes to muscle growth, there may be merit in pushing some of your sets closer to failure more frequently.

But that’s a topic for another day.

If you goal is to maximise the development of strength, there is very little need to train to failure. In fact, doing so too often may be detrimental to strength gains.

While there may be merit in taking a set close to failure every few weeks to improve your ability to gauge your proximity to failure, and to improve the skill of grinding, most of your sets using heavy loads should leave 2-5 reps in the tank.

This is the sweet spot for strength.